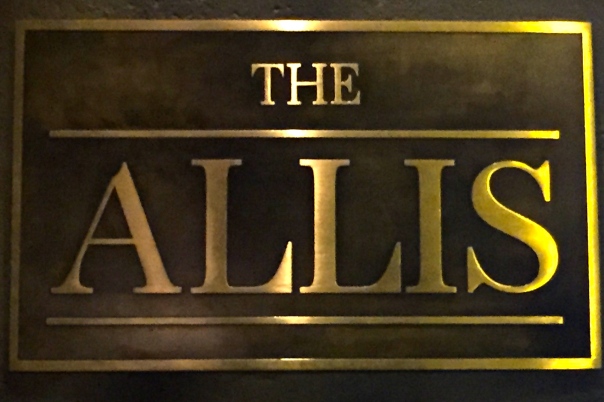 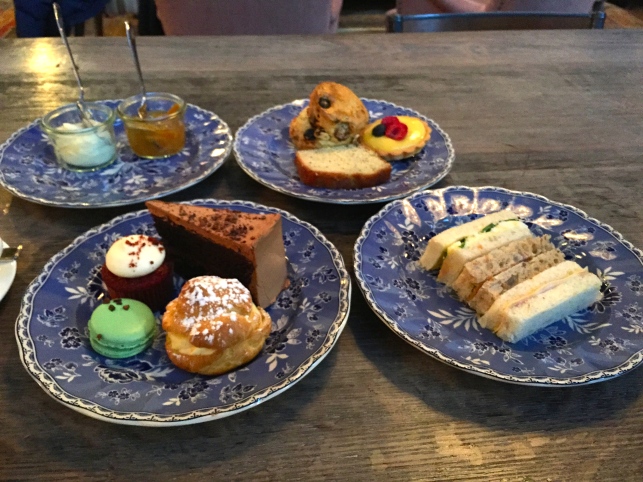 Afternoon tea at The Allis is a cozy, casual experience, more akin to a coffeshop than a formal restaurant. Although I saw the classic tiered trays on other tables, I just received individual plates. Aside from being a less special presentation, having so many plates on the table makes it a little awkward to switch between treats.

I chose the African amber tea, described as an “African roobios with lush notes of mango, vanilla and hibiscus.” It’s a deep, rich color, the taste a little fruity with an almost smoky flavor. I wasn’t offered milk or sugar, although it didn’t really need it, nor was I offered additional hot water once the pot was empty.

The savories are a frankly scanty spread of finger sandwiches – three thin slices, nearly sample-size. The first is egg salad, with creamy yolks, soft chunks of egg white, and a small amount of peppery watercress. It’s acceptable, if not especially memorable. The middle is smoked salmon with a barely visible smear of cream cheese on a heartier bread. The smoked salmon flavor comes through, but I couldn’t taste what I assume is cream cheese. The last sandwich is basically a mustard sandwich. There’s a very thin deli slice of possibly ham and one of a cheese. The bread is dry around the edges and fluffy enough to be insubstantial. The sharp flavor of the mustard was really all that I could taste.

The scone is an essential part of afternoon tea, and this one is a definite disappointment. It is, frankly, not a scone. It’s really more of an American biscuit, and the center is gummy and undercooked. The scone is also served with cold butter* (disappointingly not clotted cream, creme fraiche, or whipped cream) and an overly sweet marmalade, which lends to the biscuit feel. The lemon tart is my favorite. The proportions are a bit off, with too much of the lemon curd, but at least the pastry crust is crisp, and the lemon curd is tart. The halved raspberry and single blueberry also add a little variety of texture and flavor. The slice of poppyseed cake is cold and slightly sticky, but it has a decent lemon flavor. 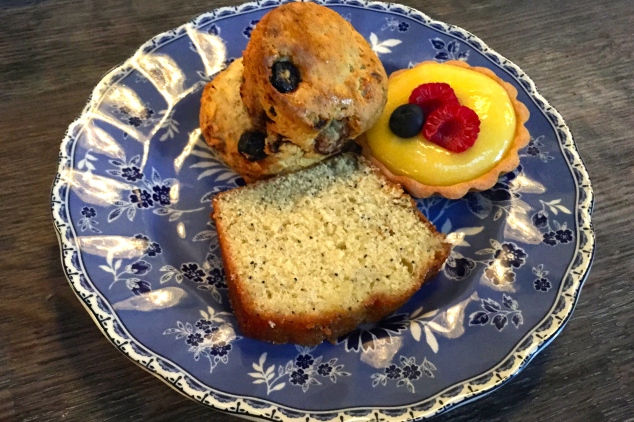 Of the last plate of pastries, I don’t have a favorite, since I don’t particularly like any of the items. They all look pretty, but they don’t taste nearly as nice. The chocolate cake doesn’t feel like it fits in with the afternoon tea, although it has fairly good chocolate flavor, with a fudgy layer in the middle. The pastry on the cream puff is a little soft – just this side of soggy – and the pastry cream is heavy on the almond flavor. It would be much better if the choux pastry were crisper, which would make it a much better contrast to the soft filling. The mint macaron is so dry and brittle that the outside literally crumbles off entirely when I bite into it. I strongly dislike cream cheese frosting, so I can’t really say whether the frosting on the red velvet mini cupcake is any good. However, without the frosting, the cake part itself doesn’t taste like anything. 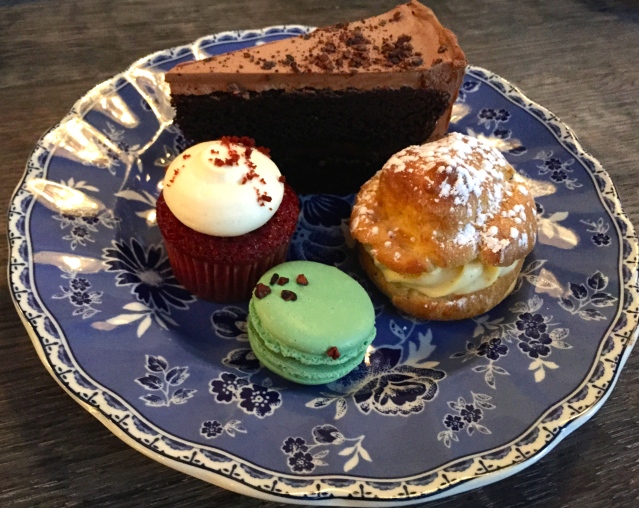 Overall, The Allis’s afternoon tea underwhelmed me. In terms of quantity and variety, it’s a decent value. However, I can, and have, personally made better (it’s all about choosing good recipes – I suggest Cooks Illustrated), although I don’t prepare nearly as many options. That said, I would prefer a few well-crafted items to a wide selection of poorly executed items. But if you’re more interested in an overall afternoon tea experience than in the food, The Allis is a good option, particularly given that three people can take tea at The Allis for the price of one afternoon tea at The Lobby. If mediocre food is going to spoil your afternoon tea, or if you want a truly special experience, I would look elsewhere.

*1/5/2015 – I have been informed that, while serving butter with a scone is about as common as serving clotted cream, serving whipped cream (as The Lobby does) or creme fraiche (as Cafe Latte in St. Paul does) is quite uncommon. Therefore, I retract the judgement regarding serving butter with the scone, although that doesn’t change the fact that the butter was cold and thus difficult to spread, and the scone itself was gummy in the middle. Also, although whipped cream or creme fraiche with scones may not be traditional, whipped cream is delicious, and the tang of creme fraiche contrasts with the sweetness of preserves or jam nicely.