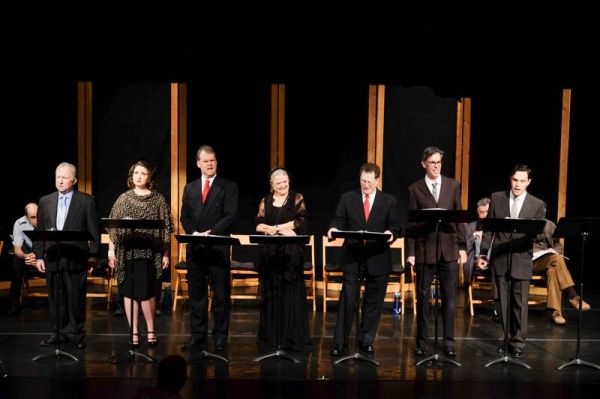 ShawChicago’s concert readings of mainly George Bernard Shaw plays remind me just how entertaining a reading can be in the hands of talented playwrights and actors. Their most recent production is Shaw’s Geneva, a satirical look at parodies of Hitler, Mussolini, and Franco (Battler, Bombardone, and General Flanco, respectively) being brought before the International Court of the League of Nations in order to be held accountable for their crimes against humanity.

Geneva is best experienced with a rather less dusty grasp of European history that I brought to the production. I enjoyed the show – ShawChicago’s excellent casts always ensure that – but context would have brought more depth to the parody.

The show loosely follows a Ms. Begonia Brown (Jhenai Mootz), the secretary at the Committee of Intellectual Cooperation in Geneva. Although quite cheerful, Ms. Brown has absolutely no grasp of politics, world affairs, or, indeed, what the Committee of Intellectual Cooperation should actually be doing. Despite the play being nearly eighty years old, her character is dishearteningly recognizable. She cares more about celebrities than politics; she is deeply opinionated without anything to back up those opinions; and worst of all, she is not bothered by her lack of knowledge in the slightest, since, as she mentions, “lots of people think as I do.” 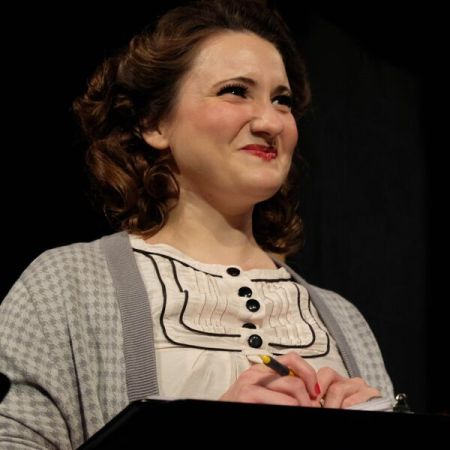 The trouble begins when a man solely known as A Jew (Will Clinger) tells Ms. Brown of the persecution he, as a Jew, has suffered in Germany at the hands of the dictator-controlled police. He convinces Ms. Brown to send a letter through the Committee to the court of international justice at the Hague, entreating them to call that dictator, Battler, to stand trial for his crimes. She uses that idea for the next two visitors, a man accusing Bombardone of treason and a woman intent on starting a blood feud if her husband’s death is not avenged.

That woman, A Widow (Kate Young), is one of the most memorable characters in the play – ridiculous in the manner of a parody but again illuminating troubling actual viewpoints. “Public opinion” and “the etiquette of [her] class” obligated her to kill her dearest friend for having an affair with A Widow’s husband. She is one of the most over-the-top characters in the play, in terms of religion (arguing that Jesus and Mary were Catholic) and her insistence on catering to public opinion.

Kate Young as A Widow (photography by Dylan Stuckey)

Surprisingly, the three dictators (played by Charles Stransky, Jonathan Nichols, and Matthew Fahey) show up in court when summoned. Although they begin in an unusually civil manner, the trial devolves into arguments until they receive news of impending doom. In the face of crisis, they separate, focused on more important matters.

Although Geneva‘s large cast – a dozen people in all – was very good, the play itself was more difficult to follow than some of their previous readings (e.g. Major Barbara, The Importance of Being Earnest, and Pygmalion, all of which were delightful). Still, the actors were interesting enough that I didn’t mind being a little lost, although I am looking forward to ShawChicago’s next production, Noel Coward’s Private Lives, which should follow a more standard format. 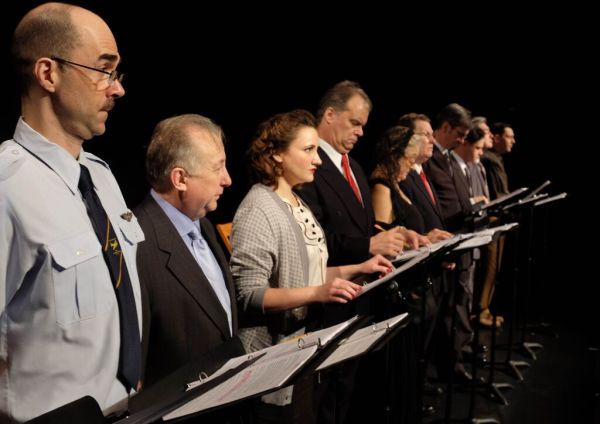